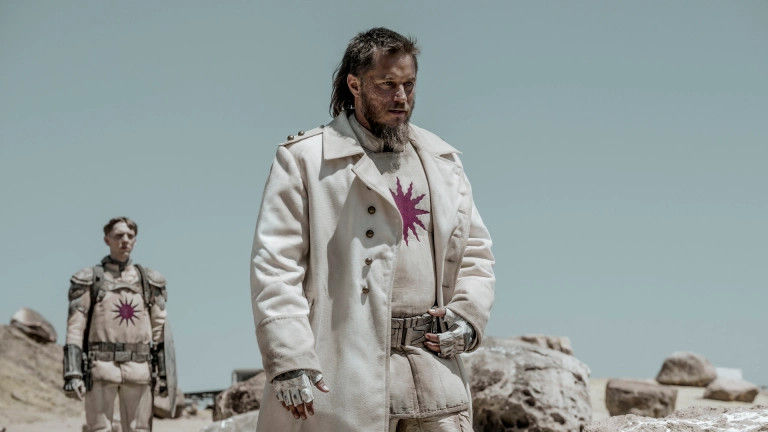 HBO Max’s new sci-fi series Raised By Wolves, created by Aaron Guzikowski and executive produced by Ridley Scott, sees humanity (and their androids) reduced to two warring religious factions; Atheists, and the “Mithraic”, who follow a religion dedicated to the sun god Sol.

The Mithraic get their name from an ancient religious cult of the god Mithras. The god Mitra originally came from ancient Persia (modern Iran). At the height of the Roman Empire, he began to be worshipped as Mithras in a Roman mystery cult. The cult became very popular, especially with soldiers. The sun god Sol was originally a separate god, but Mithras was often worshipped together with “Sol Invictus”, the conquering sun. This is why in the show, the two gods have been blended into one and the Mithraists, or “Mithraic”, worship a single god called Sol, who is associated with “the Light”. It’s also why the Mithraic characters wear sun emblems and sun pendants in the same way Christians might wear crosses.

Why did the creators of Raised By Wolves choose Mithriasm as the basis for their futuristic religion? Well, the show makes no secret of the fact that the “Mithraic” are standing in for strands of Christianity. Much of their imagery is drawn straight from Roman Catholicism – the priests’ robes and the long, belted robes worn by the young boys assisting them are clearly based on Roman Catholic robes for priests and altar boys and girls. In Episode 2, we see characters Caleb and Mary being offered what looks like Roman Catholic communion, in the form of round wafers of unleavened bread and a drink (presumably wine) from a silver chalice.

Read the entire article on Den of Geek.