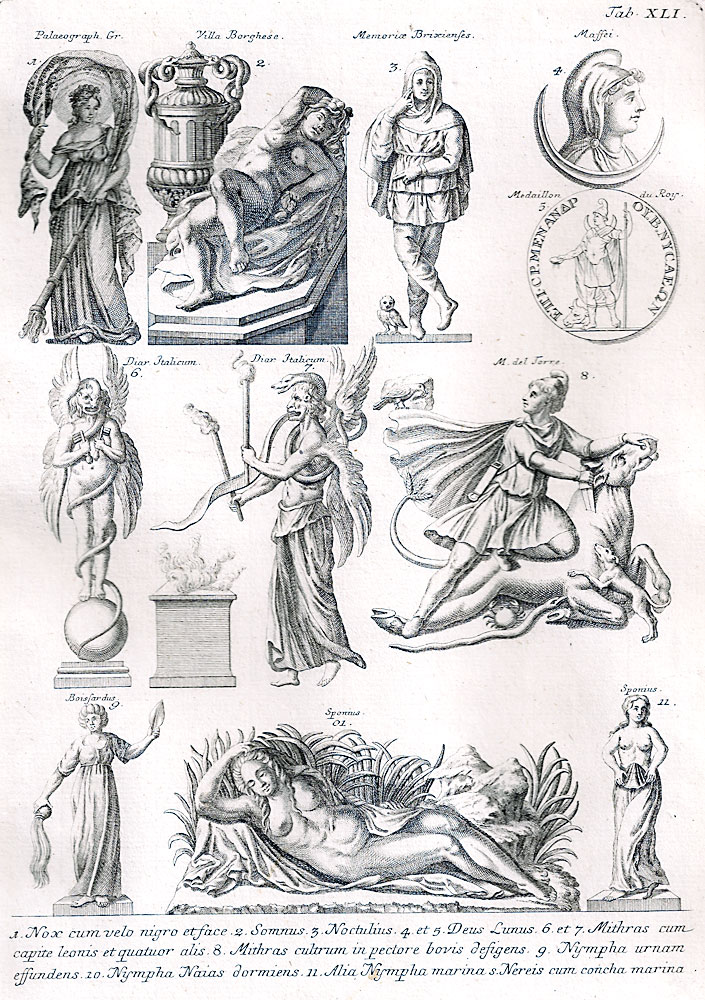 'I remember there was found in the vineyard of Sig. Orazio Muti (where the treasure was discovered), opposite S. Vitale, an idol in marble about 5 palms high (3¾ ft.), standing erect upon a pedestal in an empty chamber, which had the door walled up. This idol had the head of a lion, but the body that of a man. Under the feet was a globe, whence sprung a serpent which encompassed all the idol, and its head entered into the lion's mouth. He had his hands crossed upon the breast, with a key in each; four wings fastened upon the shoulders, two pointing upwards, two downwards.

This Mithraic temple, now disappeared, is known thanks to the numerous remains recorded since 1594 in the 'Memorie di varie antichità trovate in diversi luoghi della città di Roma'.