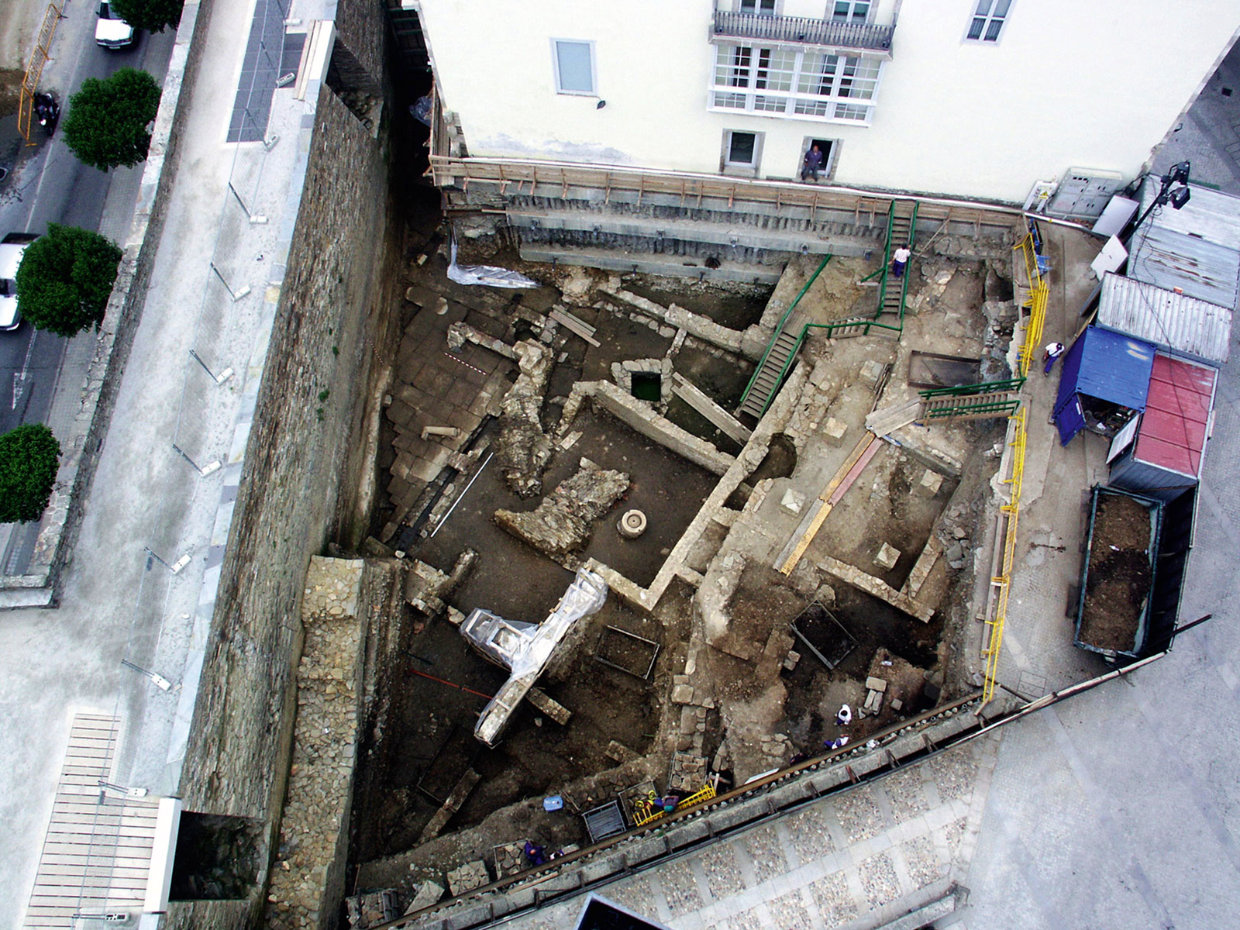 Seven metres below the current city of Lugo, Lucus Augusti remains hidden. This is the oldest city in Galicia, the coastal region of north-eastern Spain, at the north of Portugal. It was founded in 25 B.C. by the magistrate Paulus Fabius Maximus, over a Galician castro. From that time, from the Roman era, the city of Lugo has preserved almost intact the wall, declared a World Heritage Site by UNESCO in 2000, the baths and the Roman bridge.

These were the most notable remains of the Galician city until, from the year 2000, excavations began in the subsoil of the Vicerectorate, directed by Celso Rodríguez. And there, in that parallel city that subsists under the current one, archaeologists found a 1st century BC domus that housed an unusual sanctuary in the region.

The domus belonged to Gaius Victorius Victorinus, a centurion of the 7th Legion who collected taxes at Lucus Augusti

The domus belonged to Gaius Victorius Victorinus, a centurion of the 7th Legion who collected taxes at Lucus Augusti. However, in the 3rd century, the owner was expropriated and the house was partially destroyed since it was located on the perimeter where the new wall was planned to be built.

Like other prestigious domus of the time, it was articulated around a peristyle and a representation room (oecus). It included a section of services in which was found the only working kitchen in the northwest of the Spanish peninsula. It also had latrines and stables. It has not been found yet, but it is likely that it included a thermal area.

However, the most outstanding feature of the domus de Victorinus is undoubtedly the sanctuary dedicated to Mithras that holds inside. The temple seems to have been built at the beginning of the 3rd century and continued in use until the middle of the 4th century, when the domus had already been expropriated. This means that the Mithraeum of Lugo remained active longer than usual, especially in Hispania where few testimonies of the cult of Mithras have been preserved.

The floor plan has a rectangular structure about sixteen metres long by seven metres wide, oriented from north to south. Like most of the mithraea, it has a central corridor that ends in a niche where the image of Mithras Tauractonos —which has not been found— is to be housed. The sides of the temple are decorated with columns of unknown height, five at west and four at east. The columns probably supported the weight of the podia that would have served as triclinium for the initiates to the Mithras Mysteries.

Several objects have been found inside, including bird and pig bones which are typical of Mithraic ritual agapes. The presence of remains of molluscs is less common and testifies the shellfish culture characteristic of this Northern region of the Iberian Peninsula.

Among the objects found in the interior, an altar stands out. It indicates the name of the owner of the domus and two of his freedmen. 'To the undefeated Mithras, reads the inscription, in honour of the statio at Lucus Augusti and of the Victorius Secundus and Victor, his freedmen, placed this altar willingly'. 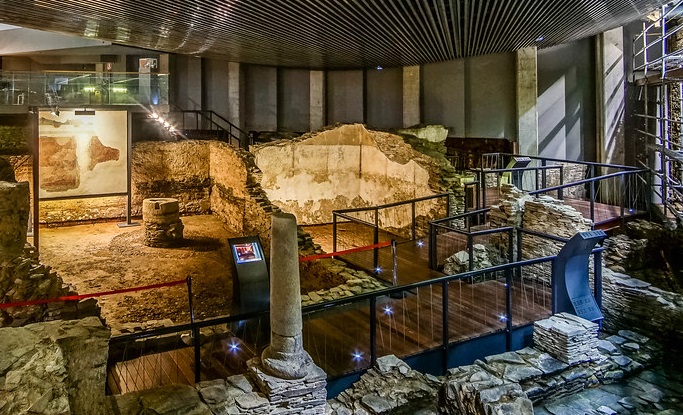 The exploration of an old pazo, a manor house, near the Roman wall, in Lugo, led to the discovery of a Roman domus, which existed continuously from the beginnings of the Christian Era until the Late Empire.