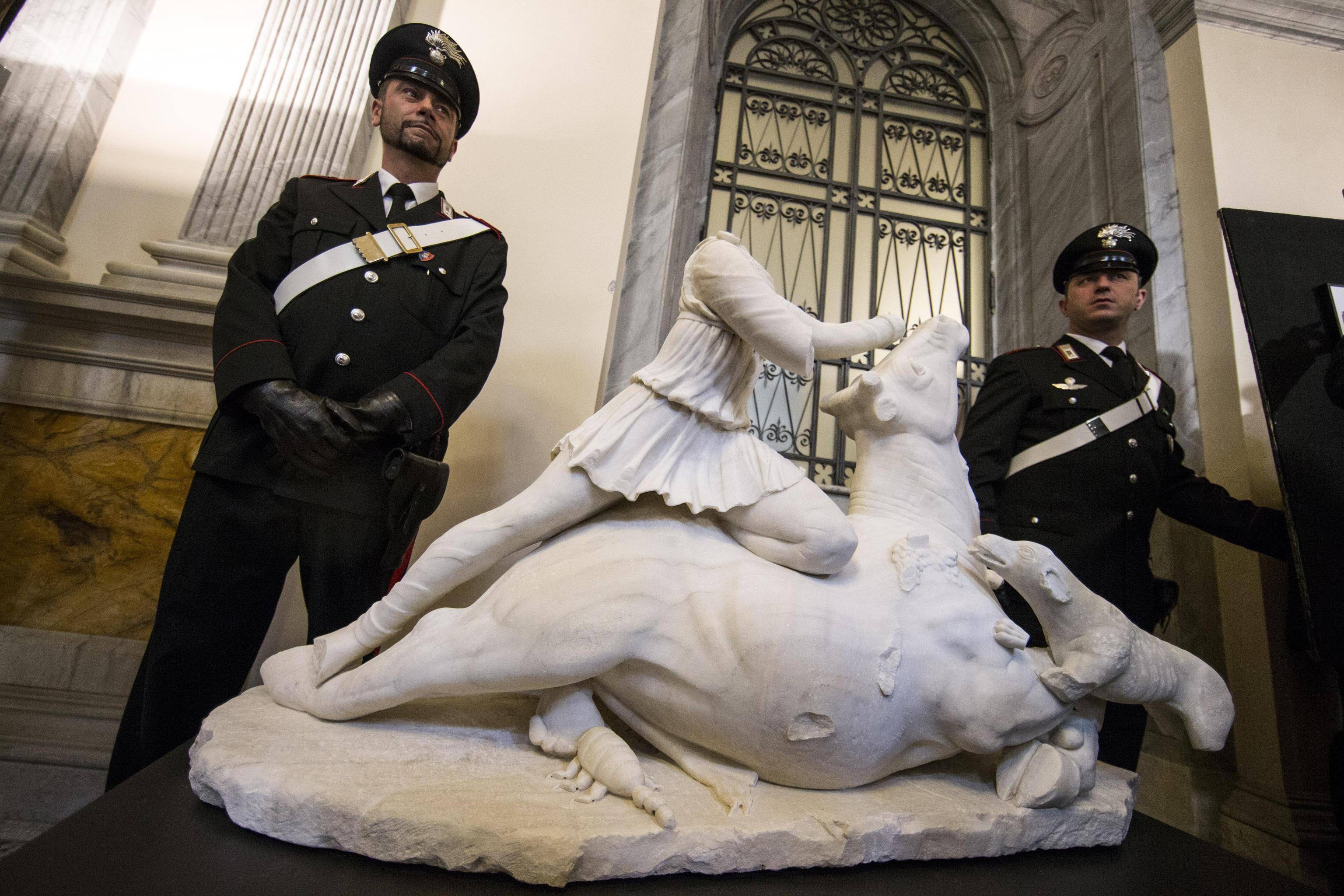 The sculptural group came from a clandestine excavation found at the time of the seizure. The exceptional recovery is the result of a more complex investigative manoeuvre undertaken to monitor and reconstruct the criminal chain still active in the archaeological areas of Rome and southern Etruria. The area of Fiumicino was focused as the crossroads of the traffic of clandestinely excavated goods. During one of the numerous services, a van was spotted, apparently anonymous, carrying some plants and other material covered by a tarpaulin.

However, the attention of the operators was not lost on a relay that was accompanying the van on the motorway. In fact, the Iveco Daily identified by the Carabinieri of the Archaeology Section, who were on the lookout, was preceded by a motorbike which acted as a tread and a Smart car, which presumably acted as a cover.

When it reached the Museum of Ships in Fiumicino, the van was stopped and checked: among the plants, under the tarpaulin, a marble sculpture was found depicting a male figure in the act of killing a bull surrounded by other small animals, a typical iconography of the god Mithras. The sculpture group, examined by an official of the Special Superintendence for Archaeological Heritage of Rome, was recognised as a work of extraordinary historical and archaeological interest. The operation led to the arrest of the driver of the rented van for receiving stolen goods. Numerous searches were carried out in order to reconstruct the responsibilities of possible accomplices, including those who were part of the 'relay' who fled when the police intervened. The investigative reconstruction allowed the find out how the Mithras was travelling to Switzerland. During the searches, maps of the Swiss Confederation, traces of routes and other information, still under investigation, were found. Once in Switzerland, the extraordinary sculpture would have been placed on the international illicit market.

Further investigations for the historical contextualisation of the seized artefact made it possible to identify the archaeological areas of Tarquinia and Vulci as possible areas of the clandestine excavation of the Mithras. Through an analysis carried out by interpolating the data relating to the mapping of the clandestine excavations monitored and the scientific elements that provided an approximate temporal estimate of the excavation, the Carabinieri of the TPC indicated to the Superintendence for the Archaeological Heritage of Southern Etruria which might have been the site of the excavation. The territorial division of the MIBACT, conducting an urgent excavation campaign, identified the exact location of the discovery and the devastation of the work.

In the archaeological area of Tarquinia, nine rooms were identified, one of which had a sacred function. It was precisely the one where the desecration and looting had taken place. During the excavations, two further marble elements were found which could be traced back to Mithraic iconography: a rampant dog which, as well as being a symbolic feature in the mythological representation of the groups of statues relating to the cult of Mithras, is a perfect match for the sculpture group found by the Carabinieri. The head of a snake matching the rest of the sculpture was also found. No less important were the other findings, including floral flooring made of clay, mosaic flooring and various other marble fragments. 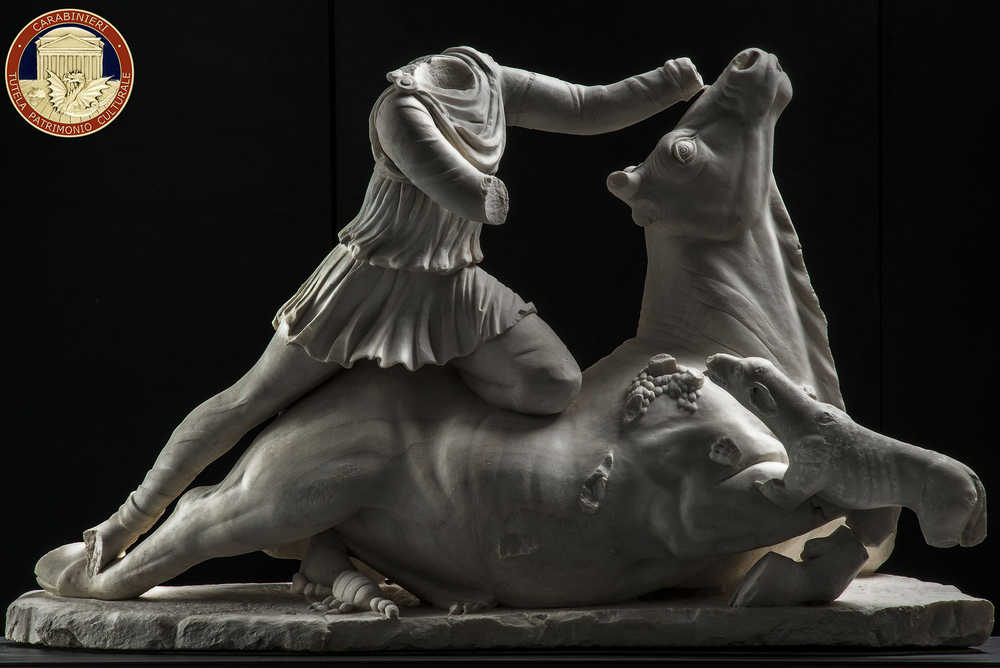 Votive sculpture of Mithras sacrificing the bull from the Mithraeum of Tarquinia.