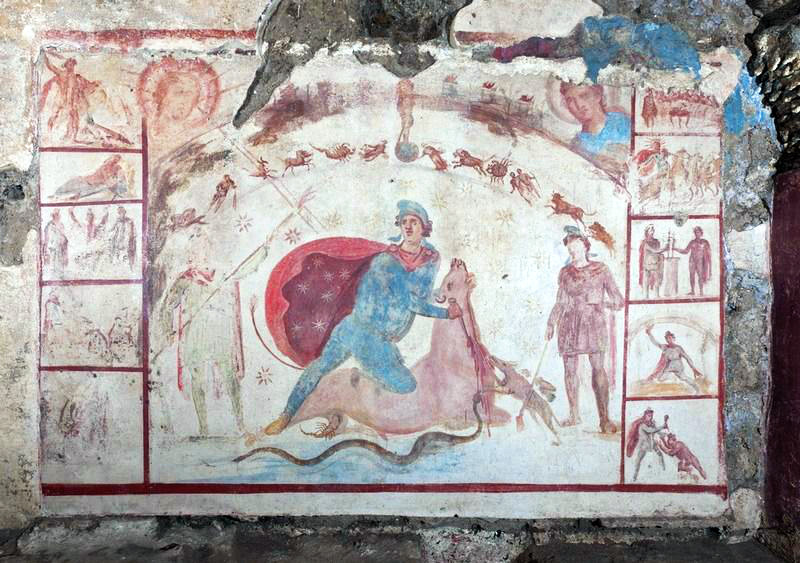 In the centre Mithras slaying the bull, whose tail seems to end in three ears. The god is dressed in a green tunica and anaxyrides and in red cloak, on which seven stars have been represented. Seven more stars are visible in the field behind him. The dog and the serpent with their heads near the blood of the wound; the scorpion on the usual place; the raven is perched on the vaulted arch of the grotto.

On either side a torchbearer in a red Eastern attire.

The Barberini Mithraeum was discovered in 1936 in the garden of the Palazzo Barberini, owned by Conte A. Savorgnan di Brazza.

This scene of the main fresco of the Mithraeum Barberini seems to depict part of the initiation into the Mithraic Mysteries.