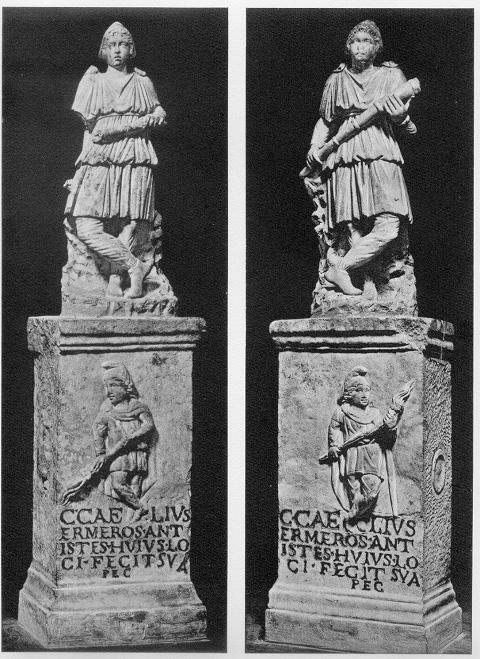 Inscriptions are engraved in the bases of the statues. The frontsides have representations in relief of Cautes and Cautopates in Eastern attire. Cross-legged. They hold their torches with both hands. On the sides a jug and patera.

Upon these bases there are statues of the same torchbearers in the same atti- tudes and dresses. Traces of guilding (Visconti, 162 and Atti Acc. Pont. XV, CXXXVIII).

A mosaic by Silvanus, dated to the time of Commodus, was found in a niche in a nearby room of the Mithraeum in the Imperial Palace at Ostia.

Mosaic of Silvanus from Ostia

This unusual mosaic representation of the god Silvanus was found in the Mithreaum of the so-called Imperial Palace in Ostia.

It bears an inscription repeated on each side of the podia.