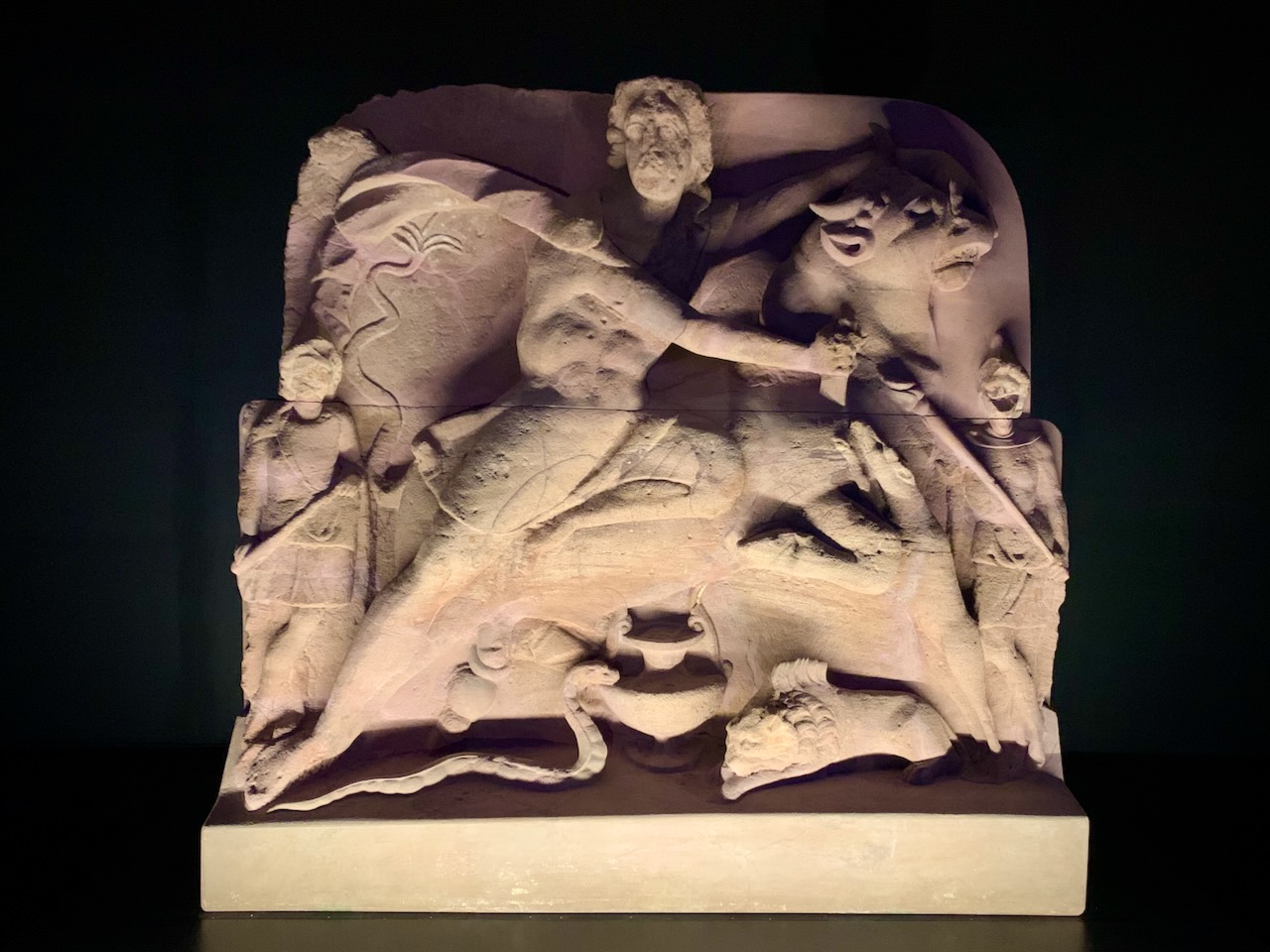 Discovered at the end of 1886, Mithraeum Ill at Nida was an independent structure located in the civil part of the urban area. On the floor of the rectangular spelaeum (10.55 × 5.50 m), at a depth of aproximately three metres, there came to light on 20 January 1887 the upper part of the relief, and then, four days later, the lower part and other stone objects. Exhibited at the Museum für heimische Vor- und Frühgeschichte established in the old Dominican monastery beginning in 1937, the relief was destroyed during the 18 March 1944 air raid on Frankfurt's city centre.

Since 1826, four mithraea have been found at Nida-Heddernheim.

This relief is so well-known that it has been reproduced in nearly every handbook of archaeology and of history of religions.

The lion-headed statue of Hedderneheim is a reconstruction from fragments of two different sculptures.

This lion-headed figure from Nida, present-day Frankfurt-Heddernheim, holds a key and a shovel in his hands.

Altar with Mithras rock-birth of Nida

The Mithraic stele from Nida depicts the Mithras Petrogenesis and the gods Cautes, Cautopates, Heaven and Ocean.

Key of Mithraeum III at Nida

The key of Nida's Mithraeum III was decorated with a lion's head.

The two companions of Mithras carry a torch and a shepherd's staff at the third Mithraeum in Frankfurt-Heddernheim, formerly Nida.