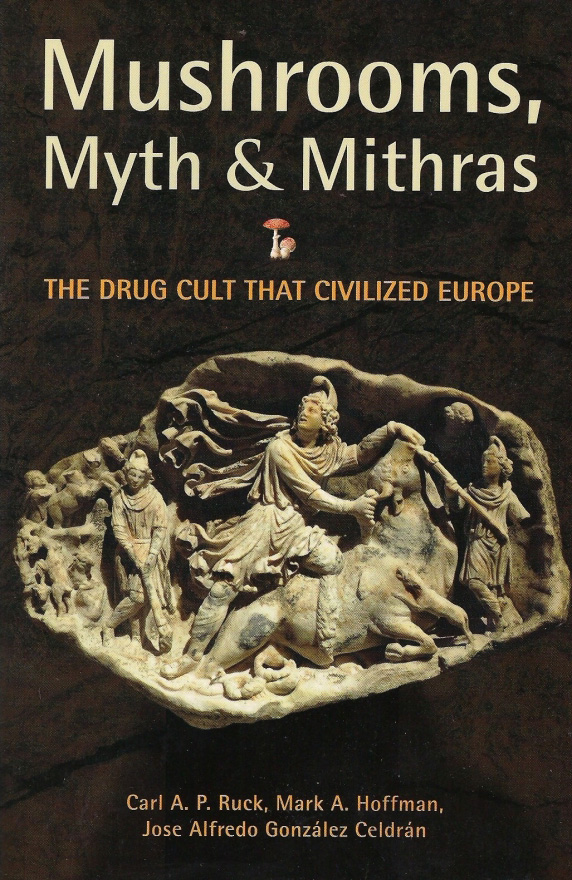 Anthropological evidence has long suggested that psychedelic plants have played important roles in indigenous communities for thousands of years, but most scholarship does not address their larger sphere of influence on western culture.

In their groundbreaking new book, Mushrooms, Myths & Mithras, classics scholar Carl Ruck and friends reveal compelling evidence suggesting that psychedelic mushroom use was equally influential in early Europe, where it was central to initiation ceremonies for the Roman elite.

Through art and archeology, we discover that Nero was the first Emperor to be initiated by secret "magical dinners," and that most of his successors embraced the ritual and its sacramental use of the psychedelic mushroom as a source of spiritual transcendence. The secret religion was officially banned after Roman Conversion, but aspects of its practices were assimilated or co-opted by Christianity, and have influenced many subsequent secret societies, including the Freemasons. Mushrooms, Myths & Mithras is a fascinating historical exploration of a powerful force kept hidden behind the scenes for thousands of years.

"This is real renaissance scholarship. Mushrooms, Myths & Mithras is a brilliant and exciting synthesis of data gleaned from disciplines as diverse as anthropology, botany, linguistics, astronomy, archaeology, art history, pharmacology and classical literature. The history of recreational drug use it distills from the material and literary sources is both captivating and compelling. It effortlessly straddles the modern academic divide between the sciences and the arts. The authors' multidisciplinary approach sets a higher standard for research in the humanities."
â€”D. C.A. Hillman, author of The Chemical Muse

"An important bookâ€”by far the most comprehensive account of this thunderingly neglected topic that I have seen."
â€”Huston Smith, author of The World's Religions: Our Great Wisdom Traditions